When I said I’m going away I’ back and telling you the stuff that happened in the past year I am back.

How many posts have you done this year. I have done 21 posts this year excluding the Hello World post.

How many comments have you got.

I have got 25 comments big shout out to all the people who did comment on my blog.

How many people have visited your blog.

How many widgets do you have.

I have got 12 widgets excluding the blog rolls and things with red writing.

What was the post you got the most comments on and why.

The post I received the most comments on is the 5 Things You Should Know About Me task. It wasn’t much effort put into that task maybe its because lots of people do that task it was really easy and it had no pictures or because maybe it was easy to read.

Did you change the themes of your blog and why.

Yes I did change my blog themes it went from plain boring to disco cats but that didn’t go well with the widgets so I changed to brown and spooky then we had to do a task to put a header on the top of your blog then I changed the theme to this.

Which web tools did you use for the creativity on your blog.

The web tools I used were PicMonkey, SurveyMonkey, Wordle, BunnyHero Labs, Cool My Space Generators and CoolText and The Student Blogging Challenge.

How many blog posts did you do at home.

Most of mine were school based and I did 2 or 3 at home.

Something good something bad and something interesting about the Student blogging challenge.

The good thing about Student blogging challenge is that it gives ideas and it gives you stuff you can write when you cant think of anything to do the bad thing is that they sometimes give you to much to do in the same challenge. The interesting thing is that its fun.

Hey guys its Harry its nearly Christmas and its nearly the end of school year and its the lastst for a long time so I will maybe do my blog next year or this is my final farewell. I just want to say thank you guys for all your support and see you later maybe. 🙂 BYE!

Cancer is a big thing its going around faster than anything people are catching cancer and DYING really fast. Little kids from the age of 1 and under have cancer. It’s so sad. 🙁 How people have a life ahead of them but they cant do half their bucket list. Noah is a  7 year old cancer survivor who was first diagnosed with AML, a rare and mean form of Leukemia when he was 4 years old Look at the difference now he looks really cool. Please donate to Cancer council if you donate you will save lives if you donate more you will save more and more and more lives.

Cancer forms from smoking or it just comes from the sun or from old age or you have it when your born. My Pop has cancer and my Mum had skin cancer but she doesn’t now.

People get cancer for no reason it just comes in their body on my Mums side of the family my Mums Mum died of cancer so we have to donate more money so less people die. Tobbaco use or smoking is the cause of 22% of deaths. You cannot catch cancer like you catch a cold its just a bad thing that comes in your body. So if you walk near someone with cancer you can’t catch it that is good. cancer 5-10% of cancers are due to genetic detect inherited from a persons parents which means their parents were unhygienic and didn’t clean well.
In 2012 about 14.1 million new cases of cancer occurred globally. 10% of cancer forms from obesity a bad diet or a lack of physical activity.
PLEASE DONATE TO CANCER COUNCIL AND STOP CANCER!
🙂 THANKS.

Once there was a explorer is name was Harry he went in the jungle to find any new animal his main goal was to find the Dog-illa-antula-bat his habitat is in a cave deep in the forest he looks like this he is a dog mixed with a tarantula mixed with a bat. There is only 3 in the world it is a rare animal and he is very dangerous.

The first day when he was in the jungle he looked up down and all around he looked to the left and to the right he looked over trees and under bees. But he found this cave miles away with a big pointy top he started walking. After 70 miles he reached the mountain hungry and dehydrated but he can do it he has survived situations much worse than this. He started walking up the big mountain with his climbing axe lots of rocks were falling down he dodged left and right none of the rocks will fall on him. He reached the top nearly passing out he was walking in the cave then there was a big shadow and it turned around roar he ran and took photos he jumped down ran to his car went back to the lab showed the scientist then the animal was on deadly 60. THE END

On Wednesday 2014 the year 4 kids in  Mrs Bulman, Mrs Edwards and the year 4s in the 4/5 am classes we went to Narnu Farm on Hindmarsh Island. And I’m goin to tell you from the start what happened first we rocked up at school at 8:30 then we went on the bus at 9:15. We went to the payground then we went to a bakery then I had a sausage roll a chocolate donut and a apple juice. Then we went to another playground we played gang up chasey then we found out our cabins the people in my cabin was Cooper, Patrick, Ed, Hugh and Charlie just what I wanted the cabin was awesome I was with all my friends.

Then we went on the bus to Narnu farm took ages to get to Narnu Farm but eventually we did. We moved in to our cabins there was a Ibis on our front, a Ibis is a bird. After set our rooms we went to talk about the droughts and rainwater. Then we did a activity we collected bugs and put them in water, we checked about how clean and fresh the water was. Then we had free time I thought up of a game called special its when there’s 2 teams and attacking team and a defending team the defending team secretly discusses the special if the attacking team gets the special the games over. Then it was night time we did activity about frogs there was this spaz frog that kept jumping around. Then we watched a slideshow and held frogs. Then it was dinner time Spaghetti Bolognese. Then it was bedtime my sleeping bag was very warm. The next day I woke up I had toast and spaghetti we fed the animals there were goats parkour goat cow pig deer chicken and peacock. 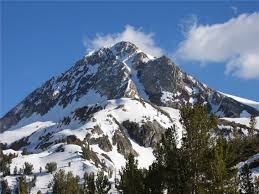 A long time ago in 1722 scientists were climbing up a mountain they were the first people on earth to climb that mountain. They wanted to see if there were animals that never existed up there they went through days and days climbing the mountain. But when they went to the top there was a mother and father protecting their children PLOT TWIST! They were Yetis they fought the scientists and the scientists fought the Yetis. Sadly one scientist and both of the Yetis fell off the cliff. It was all up to 1 scientist now.
Please finish off the story in the comments down below.

For this weeks challenge I want to talk about a special person in my life my Mum. This is how I describe her fun, lovely, smart, good cook, friendly, awesome, over achievable and funny. When I am sad she makes me happy. Even though sometimes when she is busy she drives all around SA for me and Caitlin. (Caitlin’s my older sister.) You do amazing things for me and I am so happy and grateful to have you as my Mum. Even though you sometimes get angry and cross you help me learn through my mistakes and that’s why I love you Mum. Thank you for taking me to school thank you for buying and cooking my favourite food thank you for buying me pets. Thank you buying me electronics and toys thank you for being my Mum. You help me get through all the tough parts in life all that is why I love you Mum. Thank you Cooper C for being one of my best friends you help me in my learning, when I fall you help me get back up you are a awesome friend when your at my house you help me. And the same when I’m at your house. Thank you for making me laugh out loud. Thank you for being a awesome friend. From Harry

This is my wild self. It is a Dog-Illa-Antula-Bat. Its a rare animal to find its native habitat is in the cave.

1. That I love playing soccer.

2. That I love playing video games.

3.  My favourite food is chicken, chips, chocolate and strawberry smoothies.

4. I have blonde hair and brown eyes.


adopt your own virtual pet!
Skip to toolbar